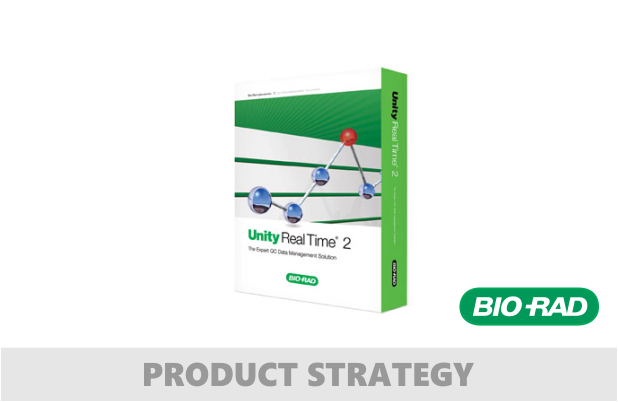 Unity processes monthly peer group reports for clinical diagnostics laboratories worldwide. The old system was running on an aging HP RP8400 running HP-UX and Informix. Monthly report processing was taking more than ten days and was prone to frequent failures.
A new system was designed and developed using a SUSE Linux cluster of Dell servers with a fiber channel disk array. The system was re-architected based on a hybrid object relational database and a Microsoft .Net based web interface. The resulting system allowed for a complete data set to be processed in less than three hours -an 80x performance gain- and continues to scale to this date, serving more than 22,000 laboratories in 93 countries. Through its advanced functionality, ease of use, and robust performance, Unity remains the benchmark for interlaboratory comparison in the IVD industry. Laboratories can use desktop software or the SaaS UnityWeb to submit and manage their data.

To accelerate software development while maintaining regulatory compliance, we migrated the process from a traditional waterfall method to a hybrid agile process, with updated processes, workflows, development tools, as well as the institution of cross-functional productization teams.